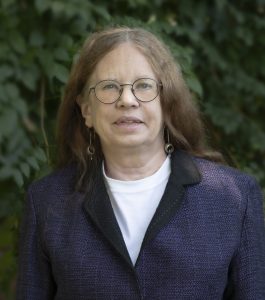 Beth Purcell moved to Capitol Hill in 1987, and later joined the CHRS board, serving as President from 2009 to 2012. After a career at the Treasury Department, she earned an MS in historic preservation from George Washington University and chairs the CHRS Historic Preservation Committee. She is also the President of Trees for Capitol Hill and a member of the Committee of 100 on the Federal City.  In her spare time she walks her dogs.

Elizabeth Nelson and her husband, Nick Alberti have lived on Capitol Hill since 1985. She joined the Board in 2005 serving three terms as an At-Large member before becoming Community Relations Chair in 2010, webmaster in 2014 and President in 2016.  Elizabeth is a prolific knitter with an interest in arts education. She volunteers at Maury ES and organizes exhibits for the Hill Center’s Young Artists Gallery. She also serves as Treasurer of Trees for Capitol Hill. She’s committed to preserving Capitol Hill’s charm and neighborhood feel and to maintaining public space as a community asset.

Tina May moved to Capitol Hill in 1982 for an affordably-priced rental house with college friends and has lived here ever since. Soon thereafter, she and her husband Peter bought their first house in need of restoration. Working with little more than a subscription to the Old House Journal and a lot of patience, they completed that house, and then a second, and are now working on their third (the “gut job”). They have been members of CHRS since at least 2002—back in the days when a membership included a subscription to the OHJ.

Maygene Daniels and her husband Steve have lived on Capitol Hill for more than 45 years and raised their children here. She began her career as an archivist at the National Archives, where she advocated for preservation of historic DC Building Permits, which remain a key resource for house histories on Capitol Hill. Subsequently, she founded the archives at the National Gallery of Art, where she worked for more than 30 years. In her decades of archival work, she explored subjects relating to the history, urban development and architecture of the city of Washington, the Mall and Capitol Hill. Maygene is Chair of the Membership Committee and is serving on the House and Garden Tour Committee. 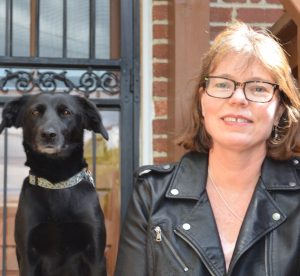 Christine Mullins and her husband Daniel have lived on Capitol Hill since 2003 when they moved here from Adam’s Morgan. They came to love the Capitol Hill community through their involvement in Maury Elementary School with their two children. Chris has been happy to call Washington, D.C. her home, where everyone and everything seems to have an intriguing and thought-provoking story! She led a higher education nonprofit that advocates for community colleges that teach online for nearly 25 years, and now works with faculty to create free online courses for college students across the globe. Chris brings her love of historic buildings, tin ceilings, old fixtures, finished wood, and walled gardens to CHRS. She has lobbied on behalf of our trees, helped with the CHRS House & Garden Tour, and organizes the CHRS Preservation Cafés.

Alison Ross has degrees in historic preservation and architectural history from the University of Mary Washington and the University of Virginia.  Alison’s love of preservation and architecture was kindled at a young age during her visits to Thousand Island Park, a community of Victorian summer cottages on the St. Lawrence River in upstate New York.  Alison is currently an advisor to the Board of the Thousand Island Park Landmark Society.  Prior to moving to Capitol Hill with her family in 2014, Alison lived in Hanover County, Virginia, where she worked for the Virginia Department of Historic Resources, renovated a 1930’s farmhouse, and served on both the County Architectural Review Board and Historical Commission.  Alison loves the sense of community on Capitol Hill and is committed to preserving the architectural heritage that strengthens the bonds between neighbors here.  Alison has served on the CHRS Historic Preservation Committee since 2015.