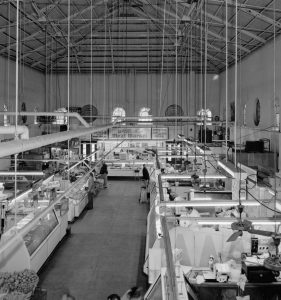 Eastern Market has served as a center of the Capitol Hill neighborhood since it opened on November 12, 1873. The brainchild of Joseph Carroll, it was designed by Adolph Cluss and expanded in 1908. During the early hours of April 30, 2007, Capitol Hill residents woke to the sound of fire sirens and the smell of smoke. In a matter of hours, fire had critically damaged Eastern Market. The day after the blaze, Mayor Adrian Fenty pledged to rebuild the damaged market and restore its historic architectural features. 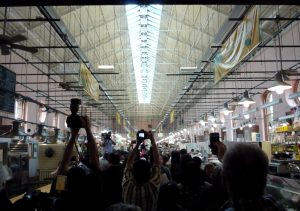 In contrast to most other markets in the United States, Eastern Market not only remains standing, but it is still used for the purpose it was originally designed for. The Eastern Market building is designated as a National Historic Landmark. 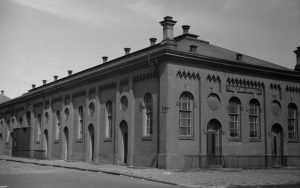 We look forward to welcoming you to Eastern Market’s historic North Hall on Thursday, March 30 at 6:30 for a special in-person discussion where Robert Pohl, local historian and Washington D.C. tour guide, will give a talk about Eastern Market – the building and its history. We hope you can join us.

The presentation will be preceded by a brief Membership Meeting.

Our CHRS Preservation Cafés are free to both CHRS members and non members.