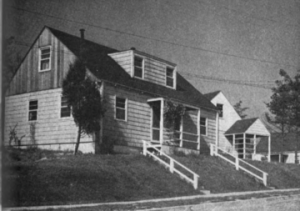 FDR’s New Deal transformed the nation’s capital in one short decade, 1933-42. It added a host of major federal buildings; renovated the National Mall and its monuments; developed the capital parks system; and added recreation facilities in small parks. The New Deal upgraded the sewage system to clean up the Potomac and redeveloped the waterfront. It added major bridges and improved miles of city streets. It paid for public schools and hospitals while building Washington’s first public housing. On top of all this, New Deal art programs enhanced the city with magnificent murals and sculptures. Dr. Gray Brechin, the founder of the Living New Deal, has said that “The New Deal’s work is largely unmarked and unrecognized. It’s like finding a lost civilization that has been buried and forgotten.” 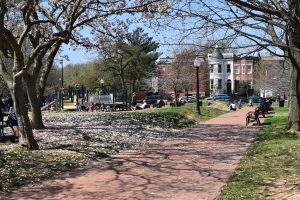 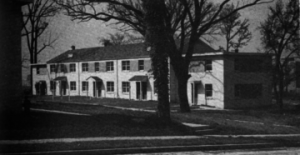 The speakers for our November Preservation Café discussed the Living New Deal, a project that has published a large colorful map of the work of the New Deal in Washington DC. This map folds to a pocket size and locates more than 500 New Deal sites around the city. The map also describes 35 notable sites on the back and can be purchased at the LND website. The LND encourages visitors to use an inset of the National Mall area for walking tours. 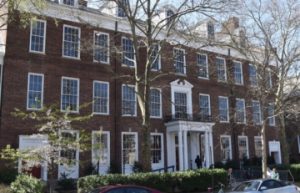 A recording of the presentation will be posted here as soon as it becomes available.